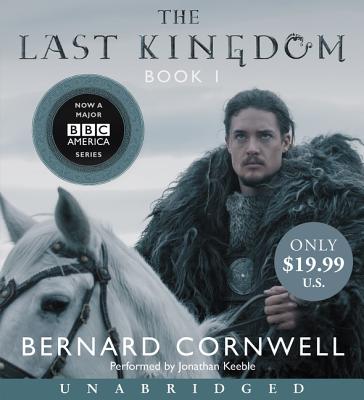 By Bernard Cornwell, Jonathan Keeble (Read by)
$19.99
Not available, maybe be backordered or out of print

The first installment of Bernard Cornwell’s New York Times bestselling series chronicling the epic saga of the making of England, “like Game of Thrones, but real” (The Observer, London)—the basis for The Last Kingdom, the hit Netflix series.

In the middle years of the ninth century, the fierce Danes stormed onto British soil, hungry for spoils and conquest. Kingdom after kingdom fell to the ruthless invaders until but one realm remained. And suddenly the fate of all England—and the course of history—depended upon one man, one king.