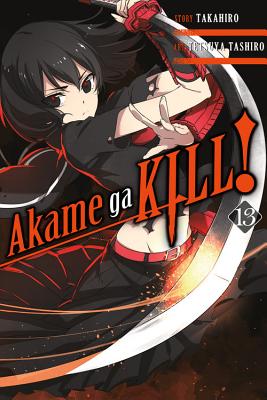 This is book number 13 in the Akame ga KILL! series.

As the final battle approaches, Imperial and rebel forces take steps to wipe out their deadliest enemies in advance in hopes of minimizing losses on the battlefield. Among the rebel's targets is Kurome, whose allegiance has still not wavered. Akame is resolved to give her beloved sister one last chance to turn from the wickedness of the Empire--if she refuses, she will Rest in Pieces!

Tetsuya Tashiro is the artist behind the popular manga series Akame ga KILL!