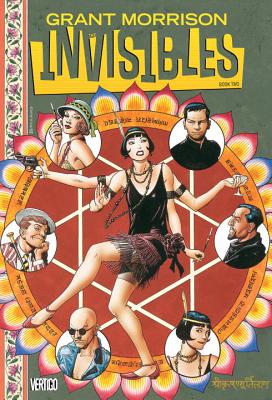 By Grant Morrison, Steve Yeowell (Illustrator)
$29.99
Not available, maybe be backordered or out of print

Behind the curtain of everyday existence, a vast and unholy Conspiracy is at work, twisting and deforming reality to pave the way for colonization by hideous extradimensional powers. Facing this onslaught is a laughably small resistance movement scattered across space and time — a handful of subversives known as the Invisibles.

This silent guerrilla war has raged for millennia, shaping the very fabric of the universe. But now the countdown to the final battle has begun, and soon everyone will have to make their choice: crushing, soul-rending conformity, or radical, anarchic freedom?

Writer Grant Morrison is known for his innovative work on comics from the graphic novel ARKHAM ASYLUM to acclaimed runs on ANIMAL MAN and DOOM PATROL, as well as his subversive creator-owned titles such as THE INVISIBLES, SEAGUY and WE3. Grant has also written best-selling runs on JLA, SEVEN SOLDIERS OF VICTORY and NEW X-MEN and helped to reinvent the DC Universe in THE MULTIVERSITY, ALL STAR SUPERMAN, 52, BATMAN, BATMAN & ROBIN and BATMAN, INC.

"I suddenly realized that everything that I'm trying to say in my nonfiction work, and in some of my fiction work, had been so beautifully and so imaginatively expressed in the work of Grant Morrison." --Deepak Chopra