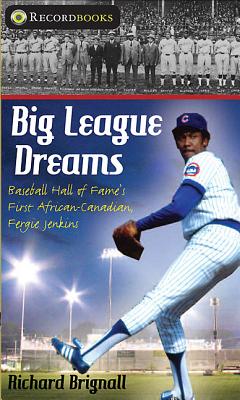 By Richard Brignall
$16.95
Email or call for price

This is a history of black major league baseball players and the crumbling of the colour barrier in sport, and the story of how Fergie Jenkins rose to the top to become Canada's first inductee into the American Baseball Hall of Fame.

Former sports journalist Richard Brignall traces the ups and downs in Fergie's career, from his humble roots in Chatham, Ontario, to his time with the Phillies, the Cubs, the Red Sox, and the Rangers. Along the way, Brignall examines what it meant for a man to be black in the United States versus Canada in the 1960s and 70s.

RICHARD BRIGNALL is a journalist from Kenora, Ontario, who has written for such publications as Cottage Life and Outdoor Canada. He was previously the sports reporter for the Kenora Daily Miner and News.