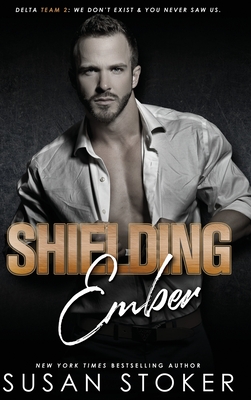 For as long as she can remember, Ember Maxwell's life hasn't been her own. A world-renowned influencer, she's a brand unto herself, created by her parents-who also want Olympic glory for their only daughter. Years of grueling training have led to Seoul, Korea, and a spot on the modern pentathlon team. It's a turning point for Ember in more ways than one. Chafing against her parents' tight reins, she opts to stay in the Olympic Village, a decision that leads to a gravely harrowing event...and a man unlike any she's ever met.

Craig "Doc" Wagner has actively avoided the spotlight since childhood, a trend that's continued with his career as a Delta Force soldier. Falling for someone whose entire life is splashed on social media is possibly the worst idea ever, though his attraction to Ember won't be denied. It's not long before he discovers they have plenty in common where it really matters...but he lives in Texas, and her life is in California. So Doc will take every stolen moment they can get.

When Ember makes a few life-changing decisions, Doc is thrilled. The same can't be said for some of her biggest fans, including one who sees Ember's new direction as the ultimate betrayal...that should cost her the ultimate price.

** Shielding Ember is the 7th book in the Delta Team Two Series. Each book is a stand-alone, with no cliffhanger endings.