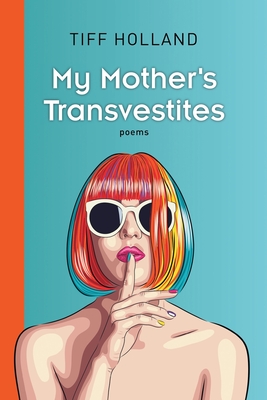 By Tiff Holland
$22.99
Usually Ships in 1-5 Days
(This book cannot be returned.) Please be sure you would like this title.

Tiff Holland's "My Mother's Transvestites" is a bildingsroman in poems telling the story of an ungendered young woman and she comes to realize her identity through the relective lens (the tri-angled mirrors) of the cross-dressers which frequent her mother's beauty salon. These poems have appeared in celebrated literary journals and, "Hot Work" in prose form in the flash fiction chapbook "Betty Superman" which won the 5th Annual Rose Metal Press Award and was later reimagined as one of the novellas-in-flash in Rose Metal's "My Very End of the Universe" (with the title taken from one of Holland's poems) which went on to win an IPPY Award.