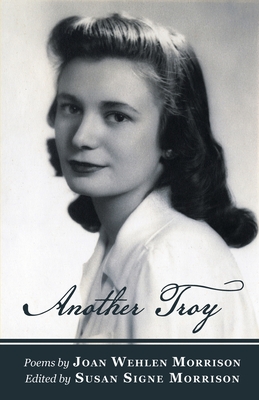 Another Troy features the recently discovered poetry of an American teenager, Joan Wehlen Morrison. We witness how she matures as a poet and historian from 1938-1944. Joan's poetry tells a unique - and true - story as she loses her innocence due to the impending war and its violent arrival. Along the way she dates a number of boys, reflects on politics and art, and ends up falling in love with the man who would become her husband. Offering us more than mere historical color, in her verse Joan muses on literature, nature, God, the meaning of life, romance, history, and World War II. This vivid account of a real American girl's lived experiences during the Great Depression and the start of World War II provides vital access to how poetry becomes a conduit for understanding historical events as they happen. In her papers found after her death--diaries, notebooks, and the jewels of the collection, her poetry--Joan's perspective demonstrates how, despite an underprivileged background financially, she managed to thrive surrounded by books, socialist political leanings, and artistic talk. Inspired by the literature she read, the young Joan writes verse in the vein of Robert Louis Stevenson, Louis Carroll, Rudyard Kipling. Later her favorite poets are A. E. Housman, John Donne, and Shakespeare. The title of this volume comes from Joan's passion for classical literature and the connections she makes between her present moment and those of antiquity. She remains a girl, able to make fun of herself, despite an ability to see deeply into things. Classical literature gives her sustenance in the darkest days of World War II. And Joan never loses her ability to feel compassion, even for the so-called enemy. These poems, sent as it were, in a time capsule to our moment today, remind us how the written word remains a means for hope for those in emotional extremity--from passionate love to dire political circumstances--both in terms of what one can read and what one can write.