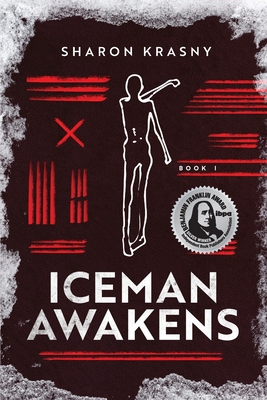 Nine strikes and a few sparks. Thirteen strikes and a spark caught a little smoke, but I hurried and blew too much while jostling the needles. Focus, Gaspare. I felt the call deep within where my blood retreated to stay close to my heart. Focus. My head felt sluggish and my movements dragged with effort. Slowing my breathing I rearranged the needles on the bark and struck again--five strikes and the little spark became an ember.

Gaspare, in the role of a young tzi the Iceman, desperate to confront his fate and honor his father, receives the ultimate sacrifice. At thirteen with a gifted calling and promise of prophecy, he must face his failures, fight the oppression from his brothers, and learn to live in a society that deemed him a curse. This is Gaspare, the reborn Iceman found murdered on the tzal mountains as he begins his tale that led him to that fateful day.

From questions surrounding the mystery of tzi's mummy preserved from the Neolithic Era, this debut novel explores how he got some of his sixty-one tattoos, found his life's purpose in his copper axe, and how he lived. Iceman Awakens speaks of the timeless voices of love, destiny, and betrayal.