Somewhere in the South Pacific (Paperback) 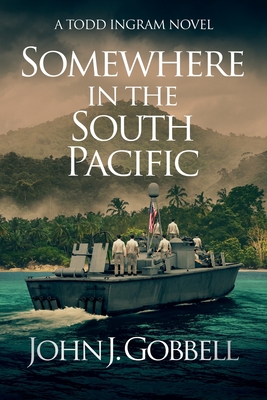 Inspired by the true story of John F. Kennedy's daring naval mission at the height of World War II, this historical thriller brings the unanswered question of the past to life with fast-paced action and vivid detail.

After surviving a near suicidal mission on Mondo Mondo Island, Lieutenant Commander Todd Ingram is sent back to the States on a thirty-day leave-but the war waits for no one, and trouble is already rippling through the Pacific Theater.

Fresh from Stateside training, Lieutenant JG John Kennedy takes command of the PT 109, a torpedo boat in desperate need of repairs, for the upcoming mission to retake the Western Solomon Islands. But the war isn't the only thing on Kennedy's mind: he's torn between his family's expectations and his forbidden love for Inga Arvad, a beautiful Danish columnist who narrowly escaped Nazi occupied Germany.

When a disastrous attempt to interrupt Japanese supply lines slices Kennedy's PT 109 in half, Ingram and his six destroyers must pick up where Kennedy left off. Can Ingram save Kennedy and his stranded men while defeating the Japanese? Ingram is prepared to fight to the end, but victory comes at a steep price behind enemy lines...

"John Gobbell tells Navy tales like no other writer. Here, he combines historical facts, reasonable conjecture and authentic Navy culture and language to bring a new flavor to the epic story of PT-109, its famous skipper and the woman who captivated him. It is an enlightening and entertaining visit to the danger, discomfort and drama of the South Pacific at war." -Admiral Eric Olson, U.S. Navy (Retired), Former Commander, U.S. Special Operations Command

"From John Gobbell's preface, to the last revealing page, Somewhere in the South Pacific is a riveting, entertaining, and historical page turner. This Todd Ingram series is well researched and an engaging must read." -Howard G. Kazanjian, Executive Producer: Indiana Jones and the Raiders of the Lost Arc, and Producer: Return of the Jedi, The Rookie, Demolition Man