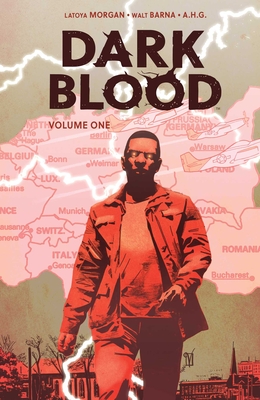 Avery Aldridge was a decorated soldier during World War II; now he’s just an ordinary young Black man busy providing for his family. But he’s haunted by the wounds of war, and after a run-in awakens latent abilities, he’ll discover he’s anything but ordinary. But between flashbacks, ever-emerging and frightening powers, and a seemingly kind doctor with unclear motives, will Avery be able to make sense of his newfound abilities and what’s been done to him? Can he keep his family safe in a society that never wanted him to have any power? A bold, evocative genre-bending saga by NAACP Image Award-Winning screenwriter LaToya Morgan (AMC's The Walking Dead, Into The Badlands), artists Walt Barna (The Osiris Path) and Moisés Hidalgo (Mighty Morphin Power Rangers), and colorist A.H.G. (Broken Bear) about the power of love, family, and resilience. Collects Dark Blood #1-6.

LaToya Morgan is an American writer and producer. She held two multi-year deal with AMC and was a writer for Parenthood, Shameless, and Complications, and both writer and co-executive producer for Into the Badlands and Turn: Washington's Spies. She signed an overall deal with Warner Bros. Television Group in 2020.